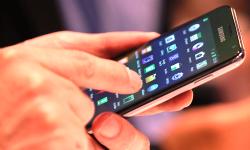 Blackmail is a crime, but not always one that you wish to follow through criminally. The pain of following a criminal route can outweigh the problem itself.

We have helped many such victims; many such sad situations have arisen as a result of using internet dating sites where some people lurk purely to take advantage of the unwary. Being victim of a scam is not something to feel guilty about. It is something that needs action

Various methods are used that may leave the victim feeling frightened to call the authorities or indeed the owners of an internet site or chat line. These may include the threat to ‘expose’ the user of the chat line to friends or family, or to report them to the authorities for alleged breaches of law that may have occurred on the chat line. Often the blackmailers will suggest that evidence is present to prove that a certain act has taken place by claiming to be a 'moderator'.

We keep an open mind and will not judge you. The nature of the problems that arise vary, and are often unique to circumstances. One client became aware that videos taken of them had found their way to an adult-rated video site without their authority, causing potential massive professional embarrassment had the public access which had been granted been made aware to their employers; another found himself blackmailed with the threat of exposure of his pastime of bondage and corporal punishment - an activity which was fully consensual and legal, but not something he wanted known to the outside world

The publicity surrounding exposure will take a terrible toll on any individual who has something to lose - witness the difficulties and publicity surrounding Max Mosley when pursuing legal action against the News of the World for breach of privacy. While his legal point may have been made, the cost in terms of public knowledge of the private life of a public figure was no doubt extremely destructive to both career and professional standing. While publication in a Sunday tabloid may only happen in extreme circumstances, public knowledge of private life can be equally destructive

Answers Investigation has significant experience in being able to assist people with problems of this nature, the sums involved in such blackmail can be very high as well as the threat of ruining a persons professional and private life if demands are not met. If you feel that you have been a victim or are currently a victim of this type of scenario, please do not hesitate to call one of our investigators for a confidential conversation

We are aware that the internet has made many adult consensual practices more accessible for some people. While we know that involvement in such activity can sometimes be sinister, much is harmless if contained in a private world (providing it is not predatory). It is unfortunate that, sometimes, people who tend to such an inclination, while doing no harm to others, leave themselves vulnerable to threat of exposure which may be injurious to their career or their life. Faced with such problems it can be hard to know where to turn for help

Award winning Private Investigators with an open, understanding and sensitive approach. Talk to us about any problem, any issue, any apprehension you may have - in confidence

Establishing the truth of life

We are one of the few detective agencies who retain Computer Forensics in-house. The assumption that deleting a computer file will erase the information has been many people's downfall - people will tell their computers secrets they wouldn't tell their best friend! - a mistaken assumption of which we can help you to take advantage. We recover deleted files, web sites visited, email and instant message transcripts, images, videos, potentially anything held on a computer

Fingerprint Evidence is precise and conclusive. Analysis and comparison of fingerprints can prove vital in investigation and will establish the fact of a matter irrefutably. Comparison to prints lifted from objects will demonstrate who is telling the truth, whether a matter of theft or malicious mail. Services on-site or at our base. Our technicians can either visit you, to collate, uncover, record and analyse evidence, or we can handle items at our main office. When proven, the evidence is irrefutable

GPS vehicle tracking is an efficent and cost effective method of monitoring a subject's movement 24 hours a day. Regularly monitored with movement alerts, you will know where the subject is at any time. To arrange the installation of a vehicle tracking system, or to discuss what sort of information can be obtained from a tracker install, please contact our office and speak with one of our operatives who will be more than willing to advise

Frequently working in Europe, particularly France and Spain, where it is more reliable for a UK Investigator to operate, we have also handled assignments in North Africa & the Middle East. We regularly work in Spain, France, and across Europe with experience in many aspects of investigative work including surveillance, fingerprinting, computer forensics and tracing. We have conducted physical surveillance of UK Nationals in the Canary Islands, Ibiza and Majorca as well as the Spanish mainland

Finding your birth parents is a three or four stage process, dependent upon what you already know and what your end objective is. We have many years experience in not only tracing their current whereabouts, but in sensitively helping you to make an approach in a manner that has the utmost consideration for all parties and their potential sensitivities. While not all stages are obligatory, you may wish to consider them carefully

40,000 people become adult problematic drug users every year. Accurate information is of most relevance in tackling the potential problems and when we can most help, possibly from discreet observation or from infiltrating a peer group or analysing information from computer forensics. We will not anyone's right to privacy or unnecessarily intrude in their personal lives; you may however find yourselves in a situation whereby you do not have accurate information as to social activity and need to learn more